I’ve been there, more than once.  I moved to Spain in high school as a foreign exchange student, then to France to study French (and meet my future hubby) in college. Then during a quarter-life crisis in my 20’s, I walked out of the investing banking firm I worked for in New York City, crossed Park Avenue, and paid cash for a one-way ticket to Bangkok.  Five weeks turned into five months, traveling throughout South East Asia.  After being state-side for almost 6 years, married with 2 little ones, we moved outside of Shenzhen, China.  Three years after that, we moved to Shandong Province to an itty-bitty town called Haiyang, then 3 years after that we moved 2 hours away to Qingdao.

And you’d think…YOU’D THINK, that having had done this for awhile now, I’d be an , I mean an EXPERT at it.  But that’s not the case, and it’s never the case.  My advice to you? Take a step back, give yourself a break, learn to let go and then dive right in.

First of all, consider the phase you are in your life. 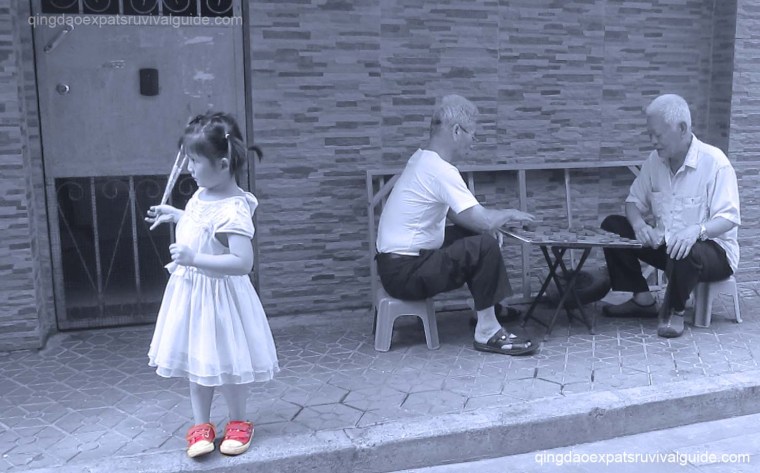 Every time I traveled or moved, I was in a different stage/phase in my life, so I reacted differently to my new and foreign host country.  In high school as a foreign-exchange student, I was just trying to understand what the heck my home-stay family was saying in Spanish, “oh!  No sorry!  YO NO QUIERO BLOOD SAUSAGE, GRASSY-ASS.”.   In College in France, errr…must I say more? Back-packing throughout Asia was like playing hooky from responsibility, which was FINE BY ME.  Fast forward to China.  This was the hardest move ever.  I missed my career back in the states, was a new and struggling mom of 2 little ones, and was sinking fast in the lower levels of depression.   If I saw, smelled, or ate another ‘jiaozi’, I was going to lose it completely.

Looking back, I realize that I didn’t allowed myself to let go of my life back in the States.  I kept trying to work on my business from China, kept trying to talk to my friends and work associates in their time zones (3am conference call, sure no problem!), and was basically in denial that I was LIVING IN CHINA, on another continent, on the other side of the world.  I did what I could do to continue the life I had so I wouldn’t miss it.  Ultimately, there was no way escaping it, so I had to stop fighting my new life.  It was time to let go. 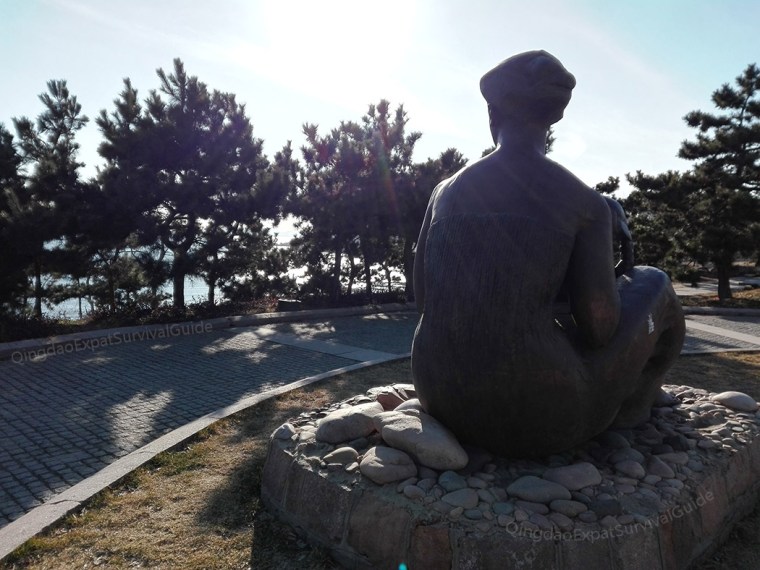 New in town and just got jipped at the Chinese veggie market? Frustrated when you ask <duo shao qian> How much?? And they look at you like your nuts?  Then they charged you 10 times more (aka the ‘white tax’ or more PC terminology, the ‘foreign tax’)? Or even worse:  they laughed at you.

It’s normal to be misunderstood.  But the feeling of helplessness, when you CAN’T understand simply sucks.

BREATHE.  Counting to 10 works (sometimes) for me so I don’t clock someone upside the head. If you have to, leave.  Grab those veggies at another stall some other time.  And take time to regroup.

The emotional rollercoaster is commonplace as an expat. It’s okay to feel bad to really bad one day and okay to even great the next! It takes time, several months even, but once you get in a routine, life does get better.

Remember what you used to love doing. Moving over here doesn’t mean you have to stop it entirely. It might be a little bit harder to find out how to do what you love, but you’ll figure it out soon enough. I love love love hip-hop. I can’t exactly go clubbing these days, but it doesn’t stop me from Spotifying some DJ Khaled or Fetty Wap. A friend of mine loves painting and is really good at it. She walked around her apartment complex asking random Chinese people if they knew of any available classes – BiNgo! One woman just so happened to go to a class each week, and now she goes too. And yes, it’s only in Chinese, and no she doesn’t speak much of it.

Before I moved to China, I barely cooked. I asked the other mothers where I could buy ‘organic baby food’. They laughed, handed me a carrot and taught me how to steam it.

After about a week of Chinese food, my husband had enough. And with the stress of his job, the least I could do for him was give him a nice dinner to come home to. I frequented food blogs, learned the basics, and experimented non-stop, cooking up some hits and many, many misses. I learned how to make bread, which my Frenchie really appreciated since that Chinese sweet bread didn’t fly with him.

I learned how to make macaroni and cheese NOT from a box. I learned the art of braising. I make a killer Momofuko Crack Pie. So when we moved to Haiyang, I sold meals at 50 rmb ($7.50 USD)  a pop for my husband’s fellow expat colleagues. And you know what? Life definitely got better.

These days, I love making natural body products and sewing. I picked up Chinese again. I took a creative on-line writing class from Gotham, then started this blog.  There’s a lot of classes or groups you can join, it’s just a matter of figuring out what you want to try.

In cities I’ve lived before, there were sometimes only 10-20 expats around.  Qingdao has actually the most expats I’ve ever been around in China.  Truth be told, wherever you move to, it can feel like the first day of high school all over again. It sucked at 14, and it sucked even more for me at 41. Initially, you may not have much in common with a lot of the expats. In your former life, you may never have crossed paths with many of them.  And you may downright dislike some of them.  But in this community of expats, you will always have something in common with every single one of them – they’re a foreigner just like you. And they’ve had their fair share of growing pains as well. From there, you’ll find other interests in common.  At a group dinner, one expat wife and I got into a heated discussion, NOT about politics or social inequalities, but about MARSHMALLOWS. How we missed stupid stuff like that from back home (and at the time, they could only be found on Taobao). So the next day, she came over and we made them. Together. From there, one thing led to another, marshmallows turned into coffee, we got to talking and talking and talking, and now she’s a really close friend of mine.

You’re from Ohio? Me too! You’re looking for frames? Me too. You like to bike? I heard of a great bike route. You want to check out the indie art area of Qingdao? Let’s go together. Really take advantage of the city’s meet up groups, lunches and coffees. You are bound to meet someone who will have the same interests.

When I think about my friends and family having to deal with car payments (we can’t drive in China) , or mortgage payments (we lived in company housing), or snow storms in the Midwest (okay, so we have severe levels of pollution on our end), I know we’re really lucky.  Yeah, sometimes, many times, daily routine in China can be challenging, to say the least: 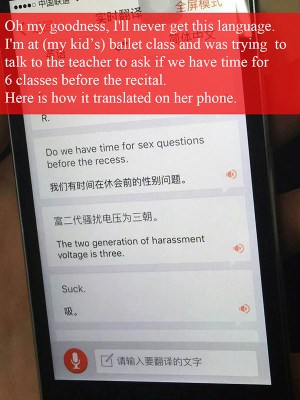 Or when the waiter was looking over my shoulder at my phone while I looked up “doggy  bag” but instead “doggy style”  popped up.  Nice.

What we experience in daily life, most people may never encounter. We are creatures of habit, but sometimes something like a “oh, honey, didn’t I mention? We’re moving to China” is the wake up call to a totally different reality.  There’s no doubt that you’ll definitely miss living life as you knew it.  But I can say,  the life you never dreamed of in China is an adventure of a lifetime!

One thought on “Expat Life: Leaving life as you know it.”