We moved to Qingdao, China (Shandong province) in August 2015. When I go back home or talk to long lost friends, I’m usually asked, “where the heck are you living now?” And then the next question is , “how do you say it?” My 10 year old nephew even said, “Your city is spelled wrong. Q is always followed by U”.

Well not in Chinese, that’s for sure.  Qingdao looks like it’s pronounced /kwing-dao/, but it’s actually pronounced like /Ching-dawah/ (the ‘h’ is silent) or /Ching-dao/.  Whichever you prefer. When they still don’t get it, I usually say, “You know, the BEER?!” 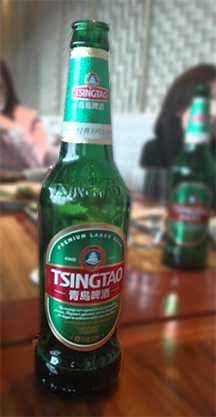 Qingdao is between Beijing and Shanghai along the China Sea: 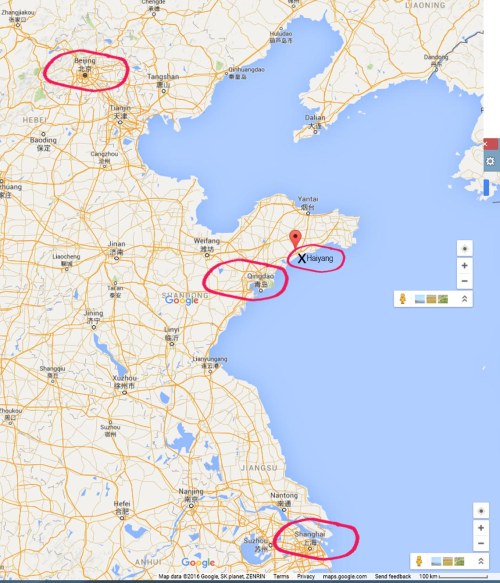 Or a stone’s throw away from N. Korea…eeek… 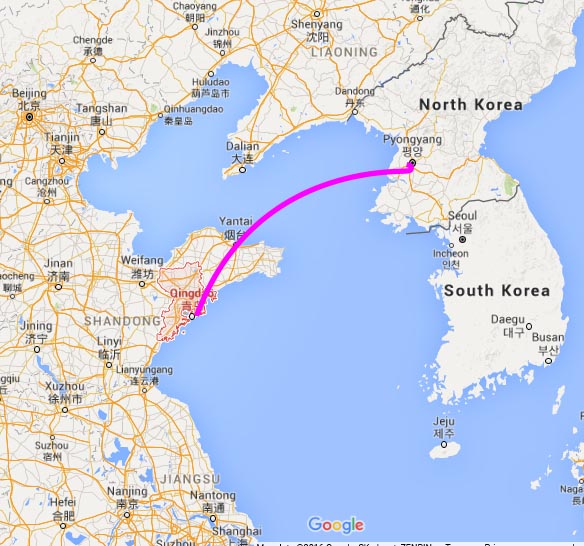 Or about 2 1/ hours from where I used to live in Haiyang: 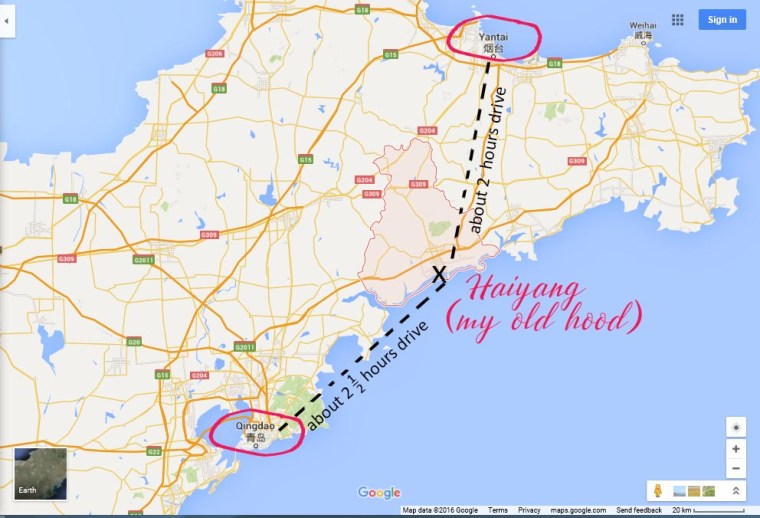 It’s interesting comparing Qingdao to my hometown of Cleveland, Ohio.  Approximate population in Cleveland in 2014 was 390,000, respectively (*Wikipedia).  While Qingdao, which is considered a medium-sized city in China, averaged about 8.7 million people in 2010!  More than New York City at a reported 8.4 million people in 2013 (*US Census Bureau UNData).  Qingdao comes in at 18th most populated city in China compared to NYC at #1 in the US. Puts the world I know in perspective, eh?  The things we learn!