As we packed up the car, the cool Qingdao breeze hit me with relief.  It was the last day of school for my kids, and we were also heading back for a month to Haiyang, a small provincial town where my husband works and home for 3 years.  Fully loaded with summer gear and western food essentials, the kids settled in the back for the 2 hour drive along the Yellow Sea, while it was my first chance to exhale in over a week.

It feels like yesterday when we moved to Qingdao from Haiyang, but the last 10 months flew. The end-of school-year chaos was full of emotion and excitement but also mixed with a fair share of melancholy and sense of loss for all of us. For my kids, summer break marked a time to say goodbye to teachers and classmates; for me, I also had to say goodbye to friends I just met this year in Qingdao, many of which I may never see again. 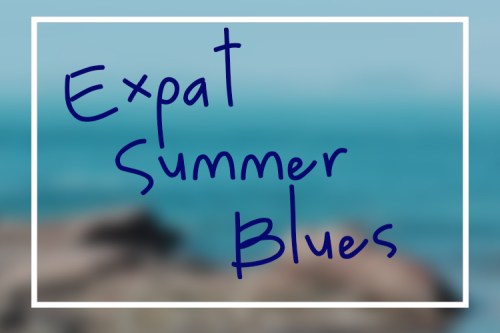 The beginning summer months is when many expat contracts end, moving people back to their home countries or somewhere new.  Some departures were planned, while others were completely sudden; some thought life in Qingdao was indefinite, while others knew that this day would eventually come.  Some find this type of transient lifestyle routine, part of the deal when you sign up as a member to this exclusive club called “Expat Life.”  But for me, the constant transition where people come and go is something I can never get used to. 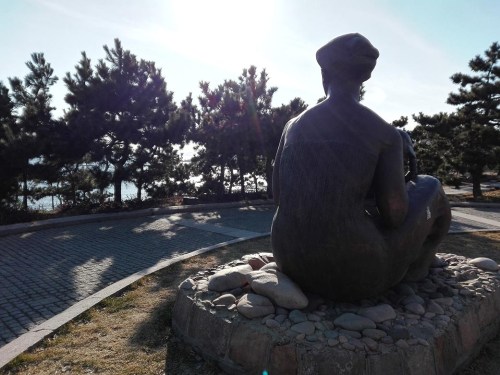 We come across people with all different personalities and backgrounds – from passionately open-minded, outrageously opinionated, fiercely interesting, severely shallow to easy going.  At home, it’s natural to pick and choose your friends and social circles. But as an expat in a city like Qingdao, we really don’t have that option. Since it’s a smaller expat community, all these personalities are thrown together with less opportunity to opt out.

Despite our differences, it’s easy to find common ground in the China experiences that we love to love and the experiences that we love to hate. This one common denominator is the bridge that gets strangers to talk about happiness, disappointments, successes, and struggles in their life before Expat life.  Doing something as innocuous as going to a coffee morning or ladies’ lunch leads to a remarkable story about fate and real life, where suddenly this perfect stranger’s soul is revealed. It’s that genuine honesty and openness that helps me get past personality clashes and differences of opinions…well, at least most of the time!

So when these connections come to a brutal halt when the summer heat rolls in, it’s hard to say goodbye no matter the spectrum of the relationship. And it’s that lack of familiarity and stability that makes me rethink this expat way of life.   Wouldn’t it be easier to just go back home, close to family and friends, instead of always dealing with this constant change…and heartbreak?

Suddenly my thoughts are interrupted with our arrival in Haiyang. As we unpacked the car, we were greeted by friendly faces and dear friends that we hadn’t seen in months.

As we talked, laughed, and got caught up, the memories flooded in. If we kept on that “normal” life path and we were never expats, I would never have met these people. I would never had spent time with them, heard about their stories, or learned from them.

And it’s at that moment where it suddenly all made sense.

This post was printed in the August 2016 Qingdao Redstar Magazine! 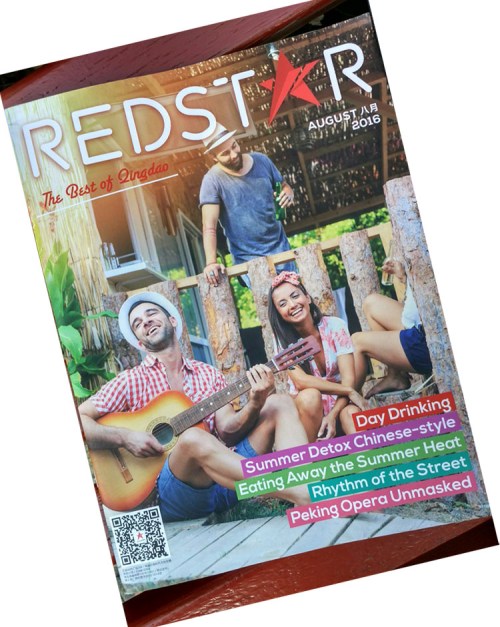 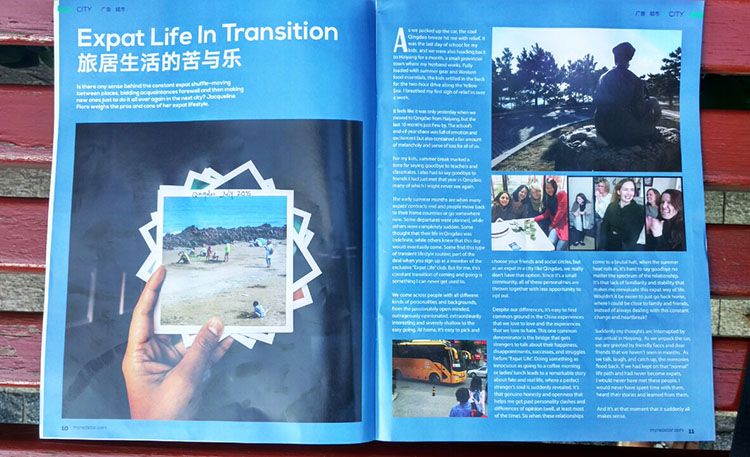